Sometime in the early 1920’s, James Willis, Jasper’s brother and my great-grandparent’s youngest son decided to strike it out on his own. He left the family farm in New Hampshire and headed “west” to Fort Frances, Ontario. There he found work as a hotel clerk in one of his Uncle Charlie’s (my great grandfather’s youngest brother) hotels.

Not much is known about young Willis today. I remember my Dad talking about his uncle Willis when I was a child. He remembered him quite vividly. Being his uncle’s namesake appeared to make a big impression on my dad as a young boy. He adored his uncle and trailed after him wherever he went.

The family ring, given to my Dad when he was in his teens, originated with his Uncle Willis. When my Dad died, the ring passed to my brother Bob (another Robert in the family!). When Bob was tragically killed in an industrial accident in 1992, the ring was eventually given to my cousin Jay (another James in the family!)

Once again, I didn’t pay as close attention to the family stories that my Dad told when I was young as I would have later on in life.

As the tragic event that was to enfold in the spring of 1926 would show, it is a high probability that once on his own, Willis took a cue from his brother Jasper’s behaviour as a young, unattached male. A good looking young man, he enjoyed his new found freedom, was sought after by all the young ladies in town and did his share of partying with the “boys”!

In April of 1926, news reached Commela and Henry that their youngest son was dead. He died of a gunshot wound. Family lore has it that Willis was shot by an irate husband while lying in the arms of his wife (and Willis' mistress).

Even though I was able to confirm his death from a gunshot wound (I found his death certificate that noted his cause of death in one of my searches), I did not find any newspaper accounts (they are not available to the public) to confirm the shooting. Being a small town then (and now), it would have created quite a stir.

I do remember my maternal grandmother and one of my aunts talking about it when I was quite young. That long ago memory was triggered when I found Willis' death certificate! It is a very vague memory but yet distinct... both at the same time.

This shooting "affair" was likely a sensational story when it occured. I can just imagine that it had the tongues of the town's finest matrons wagging furiously for weeks!
Old family postcards, birth and death certificates, mementos 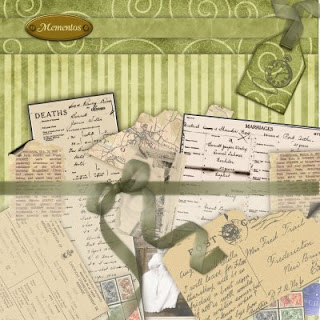 In the late spring of 1926 when school let out for the summer, the Burnett family left New Hampshire. Looking for a “fresh start”, they headed “west” to Ontario.

Charles Medford Burnett was my great grandfather’s youngest brother. Uncle Charlie (as he was known to my aunt and her siblings) was sixteen years younger than my great grandfather. Charlie had done very well for himself financially over the years. In addition to the hotels and resort lodge that he owned at Spring Lake, Ontario, he also owned a diary farm just outside Fort Frances, Ontario.

“Gramma and Grandpa took us little ones on the train to Fort Frances. Ina was just a toddler at the time and I remember how much attention she received from the passengers on the train. She was so cute and I must admit I was rather jealous that people paid so much attention to her!

Jimmy and I amused ourselves as best we could on the long trip. But I sure missed my big brothers. I wasn’t used to them not being around and of course, as a little girl, I tagged after them like a puppy dog wherever they went. They were my big brothers and I adored them.

My dad drove with the boys (Wilfred, Guy and Willis) across the country. It must have taken at least a week or more for them to get there. The cars in those days didn’t go very fast and the roads weren’t like they are today.

I think I had just turned five when we left so I don’t really remember arriving in Fort Frances. I just remember how happy I was to see my brothers again.” “I don’t remember much about that first summer in Fort Frances”, she continued, “I think we all stayed on the farm. I do remember that Gramma was so sad and I didn’t know why. I just remember trying really hard to be good so she wouldn’t be sad anymore.”

As the new school year approached, the eldest boys moved “into town” to go to school.

“They lived with Uncle Charlie and Aunt Maude.” Flo said. “They didn’t have any children of their own. They had adopted their daughter Gertrude, but I don’t know when. “

I was curious. “Where was your Dad?” I asked.

“I don’t really know.” she said. “I know he was in the Fort but I don’t think he lived with the boys. I just remember him coming out to the farm to see us little ones and how upset Gramma would get.”

“I think he must have been up to all his old tricks.” she continued, “because I remember Gramma telling him he couldn’t come to see us if he had been drinking or was with a woman.”

Once he showed up with some woman and she actually brought me a dress. It was covered all over in red cherries. It was a beautiful dress and I can still see it in my mind today. But we never saw her again after that… at least not that I can recall.”

“After my mother died, I think my dad just gave up.” she said sadly. “At first, Gramma and he seemed to get along but as time wore on, they would get into some pretty wicked arguments with each other. If I remember correctly he worked in one of uncle Charlie’s hotels but was pretty unreliable. After awhile, when Gramma saw him coming, she would shoo us off outside or send us to our bedroom.”

“The highlight of our week was always those days when my brothers came to visit us on the farm. I would get so excited when I saw them coming and I would be so sad when they went back to town. I just wanted to go back to town with them.”

“I remember the day that Gramma told me that soon I would be big enough to go to school after the summer and could move into town. I was so excited. I thought I was going to be able to be with the boys all the time. Little did I know that I was going to have to stay someplace else.”

“When it was time for me to start school, Gramma found a lady in town who would take me in during the week. I remember being so scared. I didn’t know this lady and when your Dad came to get me to bring me there, I just cried and cried. I didn’t want to leave Gramma and go live with a stranger. Your Dad tried so hard to get me to stop crying. He told me that this was a nice lady and I would get to see my brothers all the time now. But I was so miserable. After he left me there, I just cried myself to sleep that night.”

The following summer, in July of 1929, my great grandfather Henry dropped dead of a heart attack while working on the farm one day. He was 70 years old.

My great grandmother was devastated. Whatever would she do now?

Following her husband’s burial, she made the heart wrenching decision to leave my youngest uncle, Jimmy, with Uncle Charlie, Aunt Maude and the boys and return to New Brunswick. There she could live with her daughter Stella while she tried to find someone to take care of the two girls.

She was all worn out. She did not want to die suddenly, leaving these young children to fend for themselves. She had to find a good home for them even if it was the last thing she did on this earth. She would not leave them motherless again!

With a heavy, grieving heart, she gathered the children's belongings together, said goodbye to the boys and boarded the train for "down east" with the two young girls, Florence and Ina in tow. 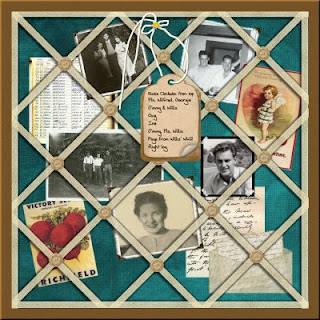 There will be no post next week. My cousin Kathy, my uncle Jimmy’s daughter, whom I have not seen since we were very little, is coming to visit me in Victoria. I am so excited! We lost touch with each other over the years but doing the book for my aunt brought us back together. It has been amazing to me to find out over the past year or so just how much the two of us have in common… we’ll have a great time together!