Well folks I did promise I would show you what pieces made it into the Sidney Fine Art Show.  As I have mentioned in other posts, these are bookshelf boxes!  What's that you ask?  Bookshelf boxes look like little room vignettes but are meant to sit in a bookshelf among your books... rather like a surprise when you discover them.

The boxes are filled with detail and the more you look at them, the more you discover. Like the fact that Albert has his fingers crossed (well he was hoping he was right about that theory of relativity) and that the "floor" in the Scholar & Gentleman box is a vintage copy of the Book of Knowledge Index that I have had for years and years.  It was just waiting for the right art piece to come along . They are whimsical for sure but also have a serious side to them when you stop and think about what is REALLY going on within this little space.  As those who know me can attest, I like little intrigues in my art...

This first box is "A Scholar and a Gentleman"... Dr. McPherson is a world traveler lecturer who loves to share his knowledge with others...and like most professors I have known, he is not entirely neat! 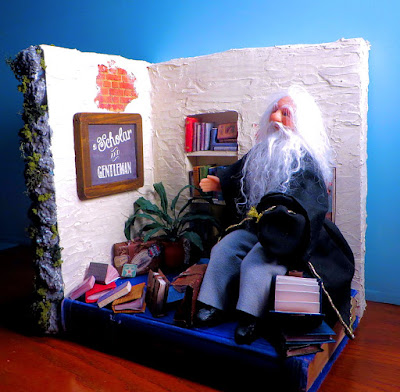 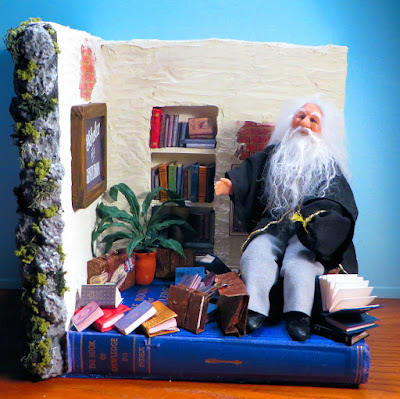 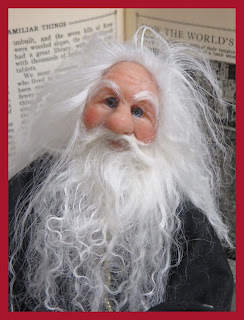 This box is "It's All Relative" with Albert Einstein and is artfully modeled after his office at Princeton University.  I am a big Einstein fan and this box was done to celebrate the centennial year of the publication of Einstein's theory on relativity (1915-2015).

Now anybody who has studied ANYTHING about him will know that he had a wicked sense of humour. He was also well known for his ability to explain complex "stuff" in simple but often humorous ways. Take his theory of relativity for instance:  He once told a group of his students that understanding relativity was quite easy:  "If you sit with a beautiful girl for 2 hours, it feels like a minute BUT if you sit on a hot stove for 2 minutes, it feels like an hour.  That's relativity." 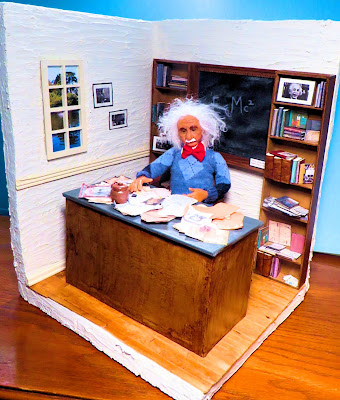 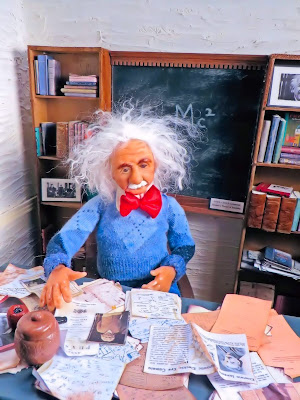 Have a great weekend,

The Bewitching Hour is Upon Us...

This past week I finished Maltilda the Classy Witch, a collector art doll who stands just 8" tall (well, excluding her fancy hat).  What fun she was to make... and she turned out just the way I saw her in my mind... a lovely, weathered face full of wrinkles and crevices and a hook nose that only a witch could love!  Her spell book has many pages filled with all sorts of witchy delights.  If you look closely at her chin, you will see a glittering "diamond" embeded in her chin "dimple".  Look at her hat...and you will see a bat that actually moves when you touch it... all that is missing is the spooky music... Halloween is just around the corner. 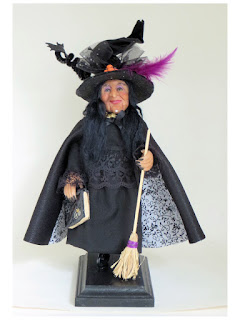 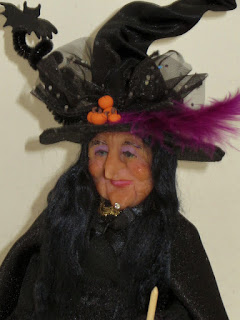 If you live in the Victoria area and are attending the Sidney Fine Art show this weekend, I will be doing an art doll sculpting demo on Saturday between 5 and 7.  Drop by and you will be able to see Maltilda in person along with two other collector art dolls, Jock, the Scots Curler and Monsieur Pierre, the French waiter.  People are surprised when they actually see these little people... first at the size they are (much smaller than they imagined) and the difference in depth perception seeing them "in person".  They are pretty darn sweet if I do say so myself...GRIN

Hope to see you there,